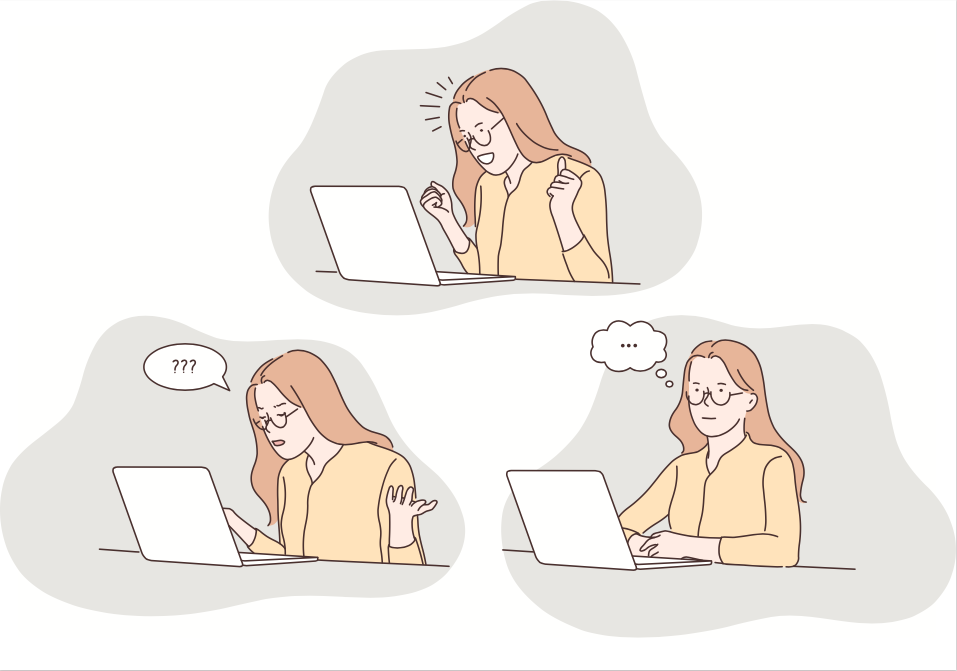 In a hybrid world, digital body language is critical for team communications.

In May 2021, I published a research study with Quester called The Digital Communication Crisis (available on www.ericadhawan.com), which aimed to understand the challenges that we all face in workplace digital communication. Our survey of almost 2,000 office workers found that over 70% experienced some form of unclear communication from their colleagues. This leads to the average employee wasting four hours per week on poor or confusing digital communications, which adds up to an average annual amount of $188 billion wasted across the American economy.

The ways we make meaning in team communications are more confounding than ever. Quarantine and the rise of hybrid-everything over the last year has meant even more digital interaction than we already had, and made the opening questions above more common – and more urgent.

When the internet came along, no one was given an instruction manual for how to communicate – how to read signals and cues – in a digitized world. But the new cues and signals we send make up the subtext of our messages in digital communication. They are our digital body language. Everything from our punctuation to our response times to our video backgrounds are signals of trust, respect and even confidence. Yet we have all just picked things up as we went along, which has left room for mistakes and plenty of miscommunication. Even before Covid-19, things like Slack and Zoom had replaced much in-person interaction in the contemporary workplace. Today, roughly 70% of all communication among teams is virtual – and naturally, this has shifted how we work with each other.

The loss of non-verbal body signals and cues is among the most under-appreciated and well-concealed reasons for disengagement at work. If used properly, and at scale, empathetic body language equals employee engagement.

Disengagement happens not because people don’t want to be empathetic, but because with today’s tools, they don’t know how to be. Yes, a chief executive can say, “My office door is always open” and tell everyone he’s “accessible” and “approachable.” But what if he’s never actually in the office, and the only way to communicate with him is to jump into his daily queue of 200+ daily emails or Slack messages?

Traditional respect has always been based on the physical signals we exchange in person. Each personal interaction generates positive signals that our brains have come to understand unconsciously, through hundreds of thousands of years of evolutionary training. But today, many of our interactions lack visible cues for making meaning.

The issue was illustrated by a meeting I had with my client Kelci, a senior leader at Johnson & Johnson. Kelci had received some tough feedback from her team around morale issues; in her review, her boss commented that Kelci’s “empathy was weak.” When Kelci and I first met, I kept my eye out for the standard, universal markers of below-par empathy: an inability to understand the needs of others; proficiency (or the lack of it) in reading and using body language; poor listening skills, and a failure to ask deep questions. I was confused. Kelci was fantastic at all these things. She could make anybody feel at ease in a room, her body language signalled respect and understanding, and she clearly listened deeply and carefully. What was going on?

The answer had less to do with Kelci and more to do with today’s tech-reliant workplace. Instead of being low in empathy, Kelci – like nearly everyone I have counselled – didn’t know what empathy meant in a world where digital communication had made once-clear signals, cues and norms almost unintelligible. A tone of voice? Approachable body language? Those things don’t cut it anymore. The digital world requires a new kind of body language. The problem is, no one can agree on what it is.

For example, Kelci believed she was doing everyone a favour by keeping her emails brief and succinct. That’s not how they were received by her team, who found them cold and ambiguous. Kelci cancelled meetings at the last minute with no explanation, which made her teammates feel disrespected, as though her schedule mattered more than theirs. During strategy presentations, she would glance down repeatedly at her phone, making others feel she was absent.

Kelci’s digital body language, then, was abysmal. It cancelled out the very real clarity that comes when workplace colleagues – humans in general – feel connected to one another. Her example shows how important it is to make visible efforts to value others when we communicate digitally, and to consciously show respect and empathy toward people in our professional and personal lives.

Over half of all employees report they don’t receive the respect they need or want from their leaders. That sounds like a whole lot of ungrateful leaders – but could there be another explanation? What if those leaders are expressing respect in ways we can no longer recognize? As the signs of respect have changed, so, too, have the skills we need to use to make our colleagues feel valued.

How do we show emotional intelligence in our hybrid world? Take three principles from my new book, Digital Body Language. 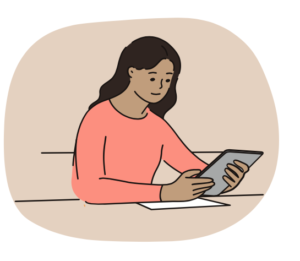 1. Reading carefully is the new listening

Whereas we once talked and shared information across a table or over a phone line, our conversations today happen in written form. Instead of listening while others share their ideas in real time, we’re often reading what others have to say in an email or an instant message. The problem, according to linguist Naomi Baron, is that we comprehend less when we read on a screen than we do reading print. We devote less time to the passage onscreen and tend to skim and search instead of reading slowly and carefully.

One big reason we read so poorly online is that we’re typically moving at lightning speed anyway. Instead of taking the time to go carefully through messages, we race through them towards an indeterminate finish line. Our need for speed then leads to exchanges marred by miscommunication and confusion. It’s the digital equivalent of talking over each other. But are we really as busy as we think we are? We’re not. A lot of our speed, and our anxiety around speed, is artificial. It ends up costing us accuracy, clarity and respect.

Even if you really are too busy to get back to people immediately, there are ways to show you aren’t blowing them off. You can show respect by, for example, sending back a quick note (“Got it!”) to let someone know you got their text or email and are on it. Give a ballpark estimate of when you’ll be able to respond at more length.

Ultimately, the goal is to show that you’ve really read other people’s messages, by addressing all their relevant points and answering any and all questions. If that’s not possible, let your colleague know you’ll get back to them with more answers when the time is right. That way they know you’re not disregarding them altogether. 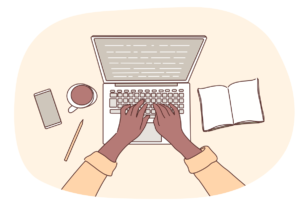 2. Writing clearly is the new empathy

Writing well and above all, consciously, is a critical mark of respect. Period. (And no, I’m not angry with you.)

The chief marketing officer of a pharmaceutical company was communicating with her team about preparing a presentation for a board meeting. She shared a quick idea over email – “Do you think we should add more research on oncology to the presentation?”

The CMO was convinced she’d said, “Let’s add an extra two bullet points on this slide,” but her brain was playing tricks on her. Two weeks later, her team had spent 30 hours or so preparing 40 slides on oncology research. The executive had no idea the deck was coming and had frankly forgotten about the two bullet points she’d proposed. But her team was used to responding in full to her requests and seldom asked questions, which made them feel even more devalued when their 40 slides turned into two bullet points.

The bottom line: be mindful of writing ‘think-alouds,’ and separate them from true marching orders. When writing, do the little things. Check your tone and think about how your message may be perceived, especially based on your rank.

A lot of the time, email misunderstandings are the result of a dropped word or misleading punctuation. The solution is simple: proofread your emails before sending them. Take advantage of spell check and other proofreading programs. Proofreading is both a habit and a skill: making it a point of pride to send clean, unambiguous copy will help people take what you write more seriously. 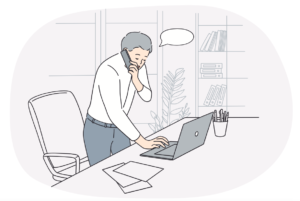 3. A phone call is worth a thousand emails

A German client once told me about a “never-ending email back-and-forth” she was part of with two colleagues. They were “having a circular written dialogue, covering the same ground over and over without understanding each other.” My client got both parties on the phone: together, they were able to explore the key questions in different ways, and eventually get to the bottom of the issue. “Sometimes, I think we are all guessing what the other parties mean on an email chain, when we actually have no idea,” she reflects.

A good phone conversation is fast becoming an obsolete art – which is too bad, since a call can save lots of time while simultaneously generating goodwill. We can’t explain everything digitally, so when you receive a vague or confusing text or email, don’t be afraid to request a phone conversation, a video call or even, if possible, an in-person meeting. If it’s a sensitive dialogue, requesting a quick conversation shows you’re being thoughtful. Instead of making you look indecisive, waiting a few beats before responding to questions shows the other person that you are listening and taking your work seriously.

With so many written platforms at our disposal, we can also get caught up in asking too many questions in email or group chat. Phone, video or live meetings safeguard us from asking one tiny question after the next, instead requiring us to formulate the right questions.

At the beginning of any project, it’s more helpful to ask open-ended questions than nuanced ones. “It helps me see whether the other person understood what I’m saying,” a leader told me once. Requests such as “Tell me what success looks like for you,” or “Help me understand what the best next steps look like” prevent a slew of emails and ensure that everyone on the team is clear about the project goals and their individual roles.

Our understanding of empathy and how we convey it needs to be redefined for the contemporary workplace. In today’s world of hybrid working and digital communication, we’re all immigrants, learning a new culture and language. Learning curves are inevitable. But whether we like it or not, being a good leader or team colleague today means mastering a type of body language that didn’t exist 20 years ago – one that continues evolving at a rapid pace.

Erica Dhawan is an expert on 21st-century collaboration and innovation, and author of Digital Body Language (Harper Collins, 2021).