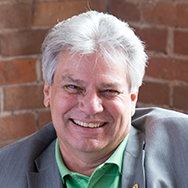 Todd is responsible for the daily operations and functions of all Duke CE offices in North America, in addition to managing our international properties in London, Ahmedabad, India, Singapore, and Johannesburg, South Africa.  His background in construction and management are counted upon as the company’s growth forces the design and renovation of new and existing facilities, including the Lucky Strike tobacco factory in Durham.  Todd joined Duke CE in 2005.

Todd adds a unique perspective from experiences gained during his career as a naval officer and helicopter pilot. As a search and rescue pilot, he literally made life and death decisions and is credited with saving the lives of 26 people. He represented the United States for two years as an Exchange Pilot to the Royal Australian Navy. While in charge of recruiting for all of North Carolina, his sales force was named Best in the Nation for two consecutive years. His leadership extended to the South Pole as the Maintenance Officer for the navy’s Antarctic Exploration Squadron, where he flew and simultaneously managed 300 employees in the US, New Zealand and the Antarctic Continent. Upon retiring from the navy, he continued to work for National Science Foundation’s Office of Polar Programs. Returning to his native North Carolina, he worked as a Regional Manager/Director for Spectrasite Communications, managing 1900 cell phone tower sites across 11 southeastern states, as well as teaching and becoming active in the community.  He leads Duke CE’s Durham office in “Engage Durham” efforts such as providing literacy training. Since 2012, his Reading Ranger program, coordinated through The Rotary Club of Durham, provided over 500 volunteer hours per year to a local school.