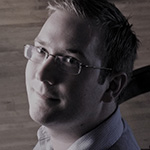 Richard joined Duke CE in May 2011 as a Senior Financial Analyst, after originally being brought in as a contractor on the Epicor ERP Implementation. Richard has managed the General Ledger, tax filings in all jurisdictions and overseen intercompany relationships, along with having a working knowledge of all the accounting functions to provide back-up and support.

Prior to joining Duke CE, Richard trained as an accountant, auditor, and corporate tax preparer in the southeast of England. He moved to Durham, NC, USA, at the start of 2011 to find new adventures with his wife, which they had. He moved back to England in 2019 with his wife, children and four cats to be closer to the grandparents but is pleased to have remained part of the Duke CE family.

Richard earned an MBA and a BA in Management Studies at the University of Leicester in England.